When I was driving the gas truck one of my customers said "I get up.  I work on irrigators, I go to sleep."  I noticed later he never mentioned going to bed.  At times I have felt the same way this year.  Adding 5 new irrigators really hasn't been that much of a problem.  Other than the normal start up problems getting all the kinks and wrinkles smoothed over they have been trouble free.

But then there are the older ones.

We replaced the engine on the Drake Place south pump this winter. I mentioned back in September it had some issues (http://bumpusfarms.blogspot.com/2013/09/been-making-water.html) The engine had a lot of hours, the Rockford PTO had a few problems.  Last year we replaced the turbo output because the cast iron rotted away and broke. 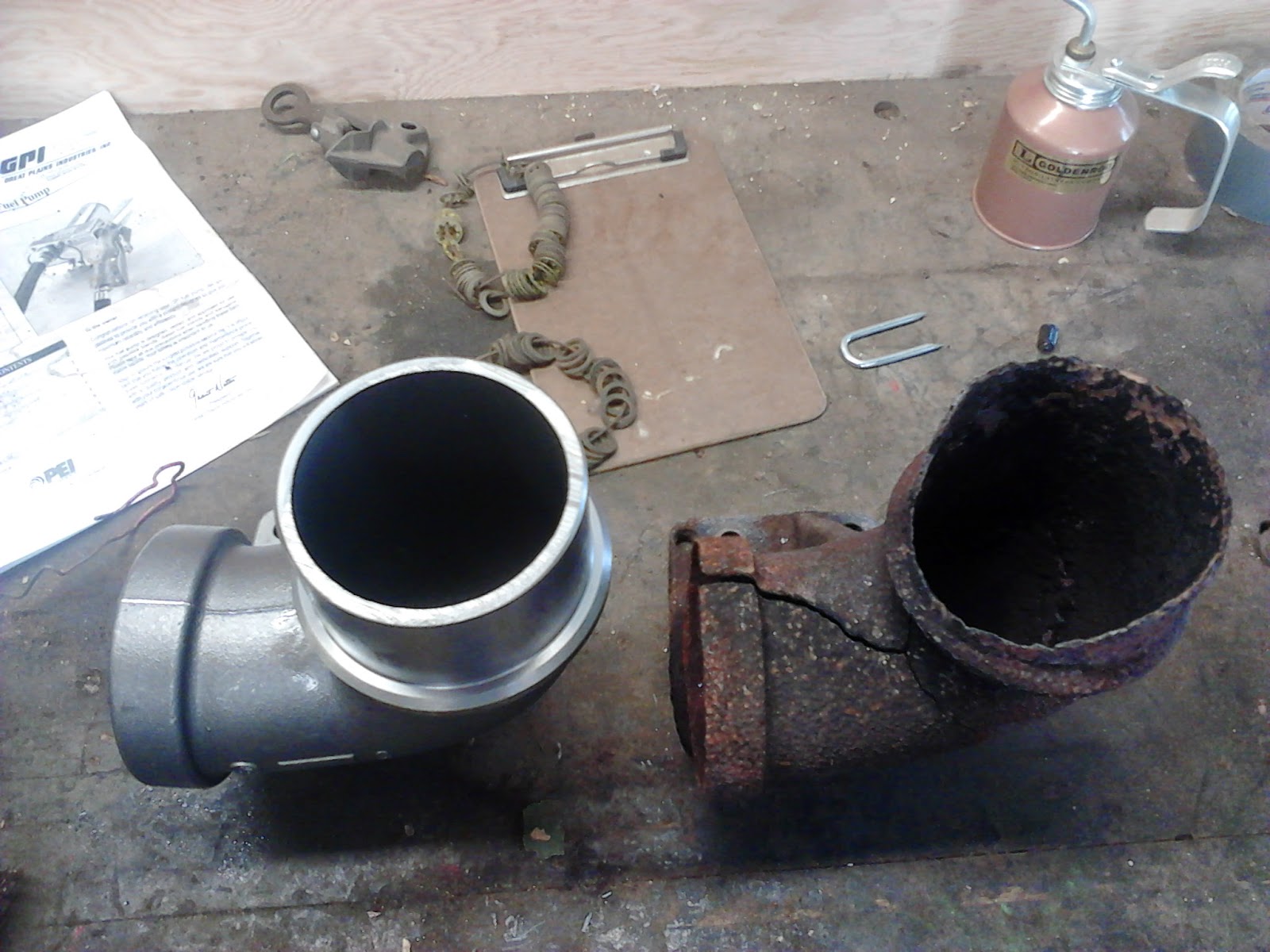 3 little springs that fell out of the clutch.  I guess they weren't too important. and the teeth on the clutch plate are almost gone.  So we replaced it with a new propane engine 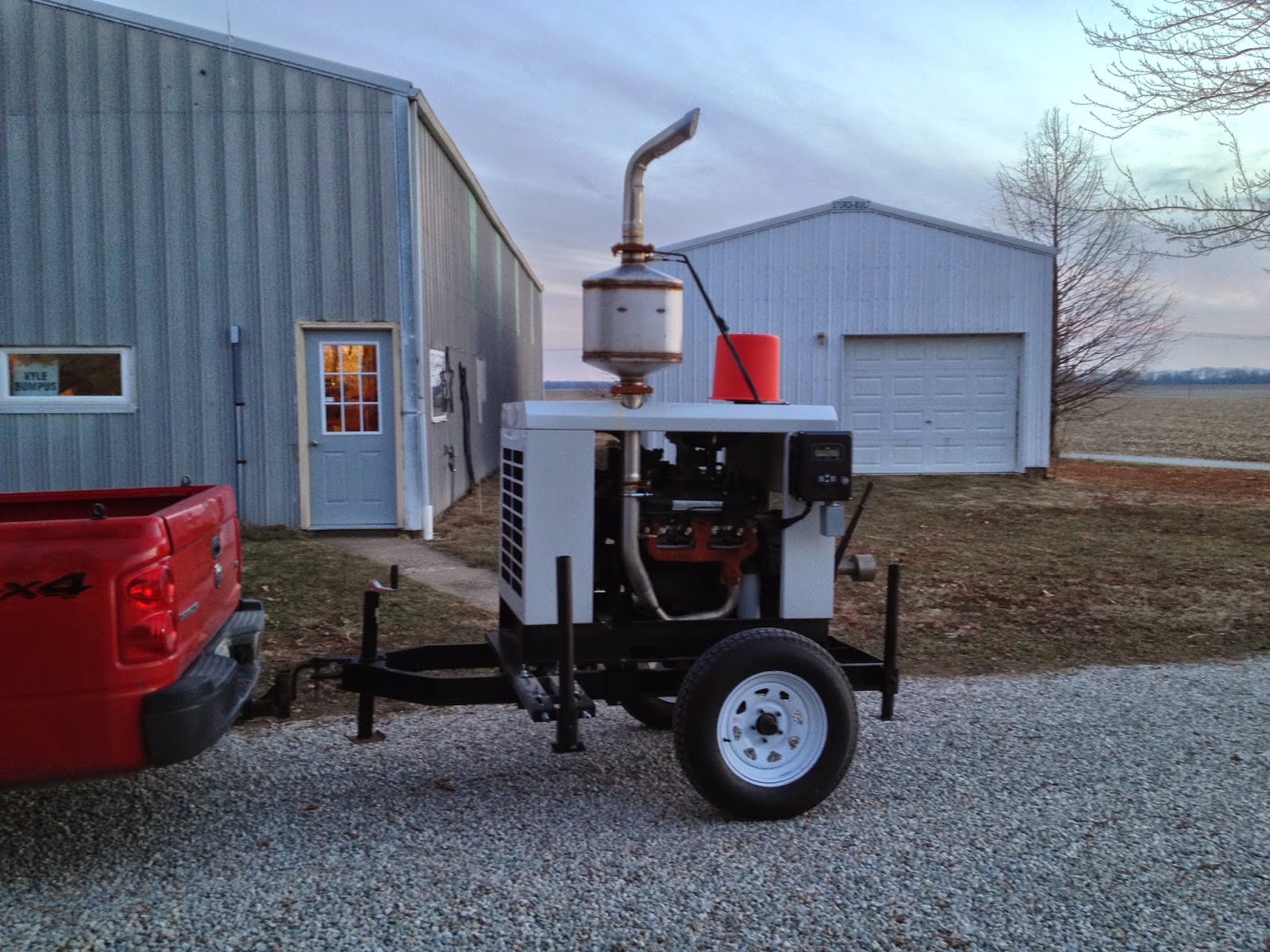 I love how quiet it runs.  I've done things I never did before, like replace a gearbox on a tower  A right now I have a safety wire broken on a towable 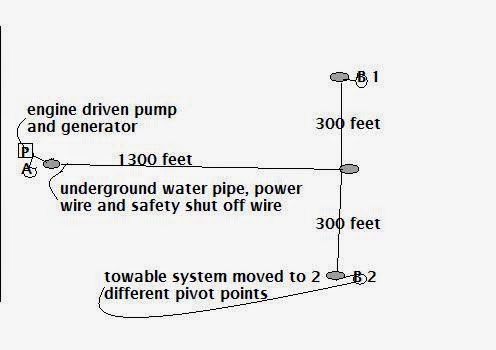 We're trying to find a wireless solution.  The Drake Place north pump lost the PTO (think heavy duty clutch)  Everyone I talked to said it was fixable. Or for $200 more I could have a new one.  8:00 the next morning I was in Evansville picking up a new Twin Disk PTO 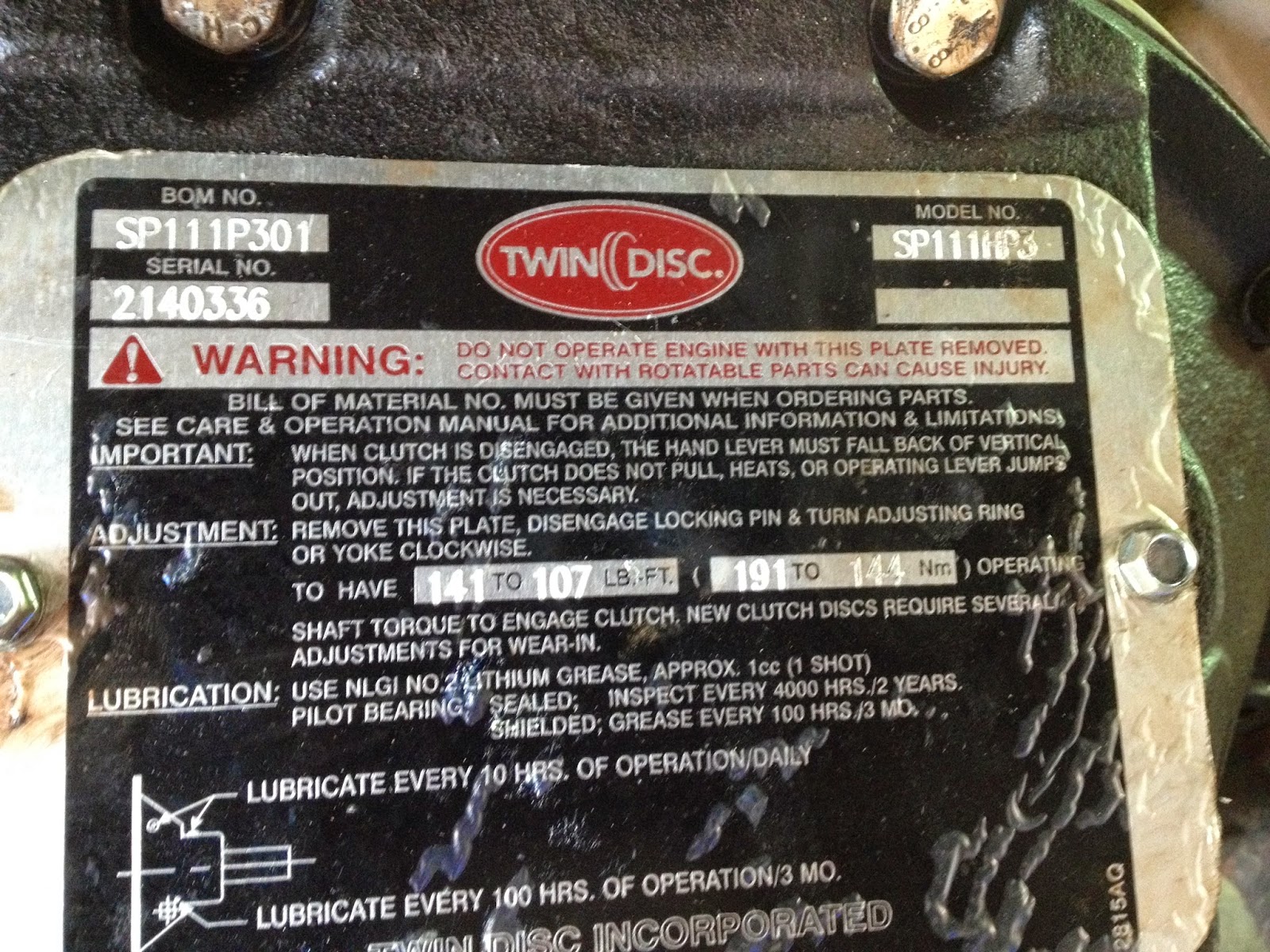 We've done a few other things. Like take out trees 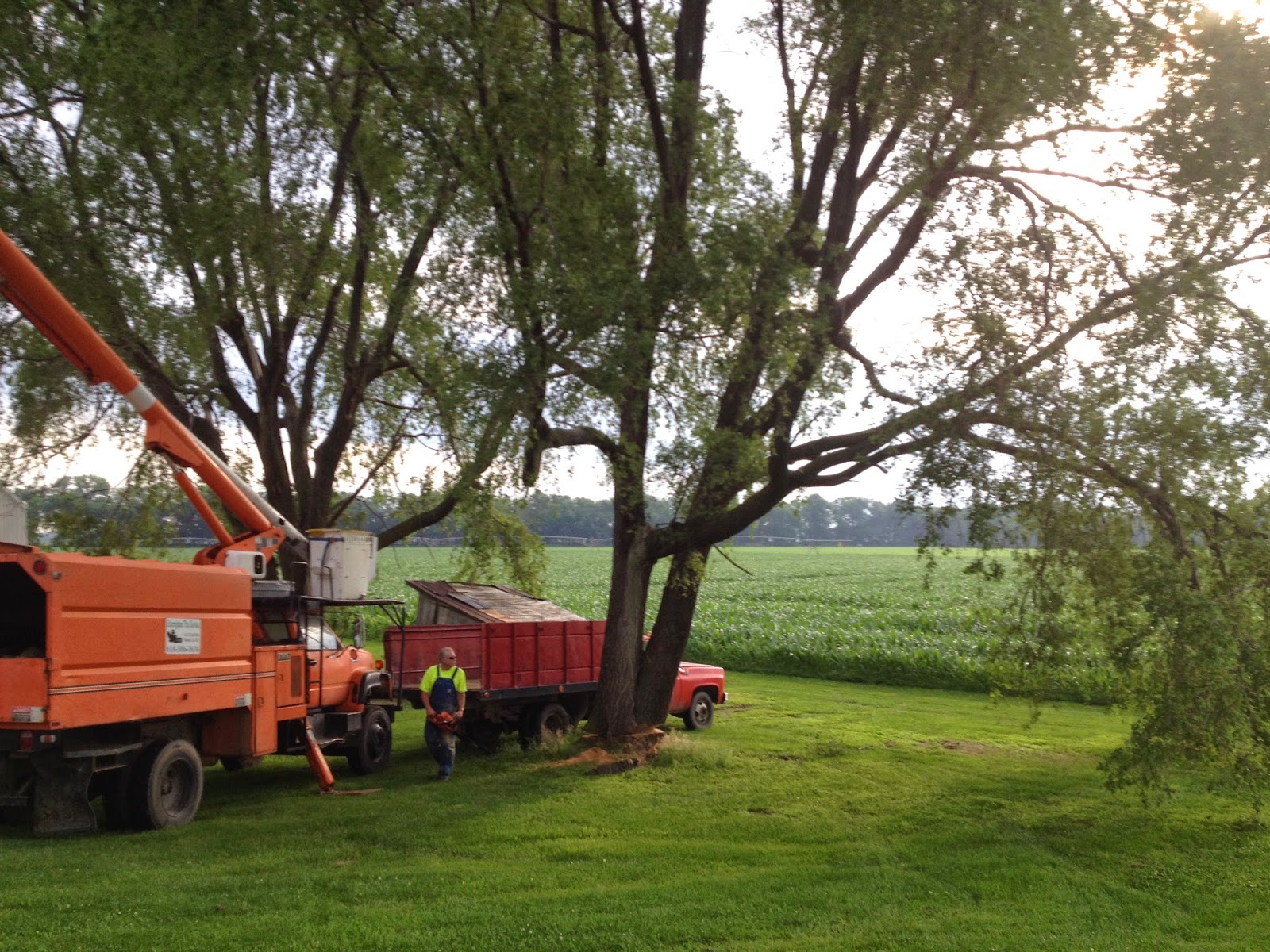 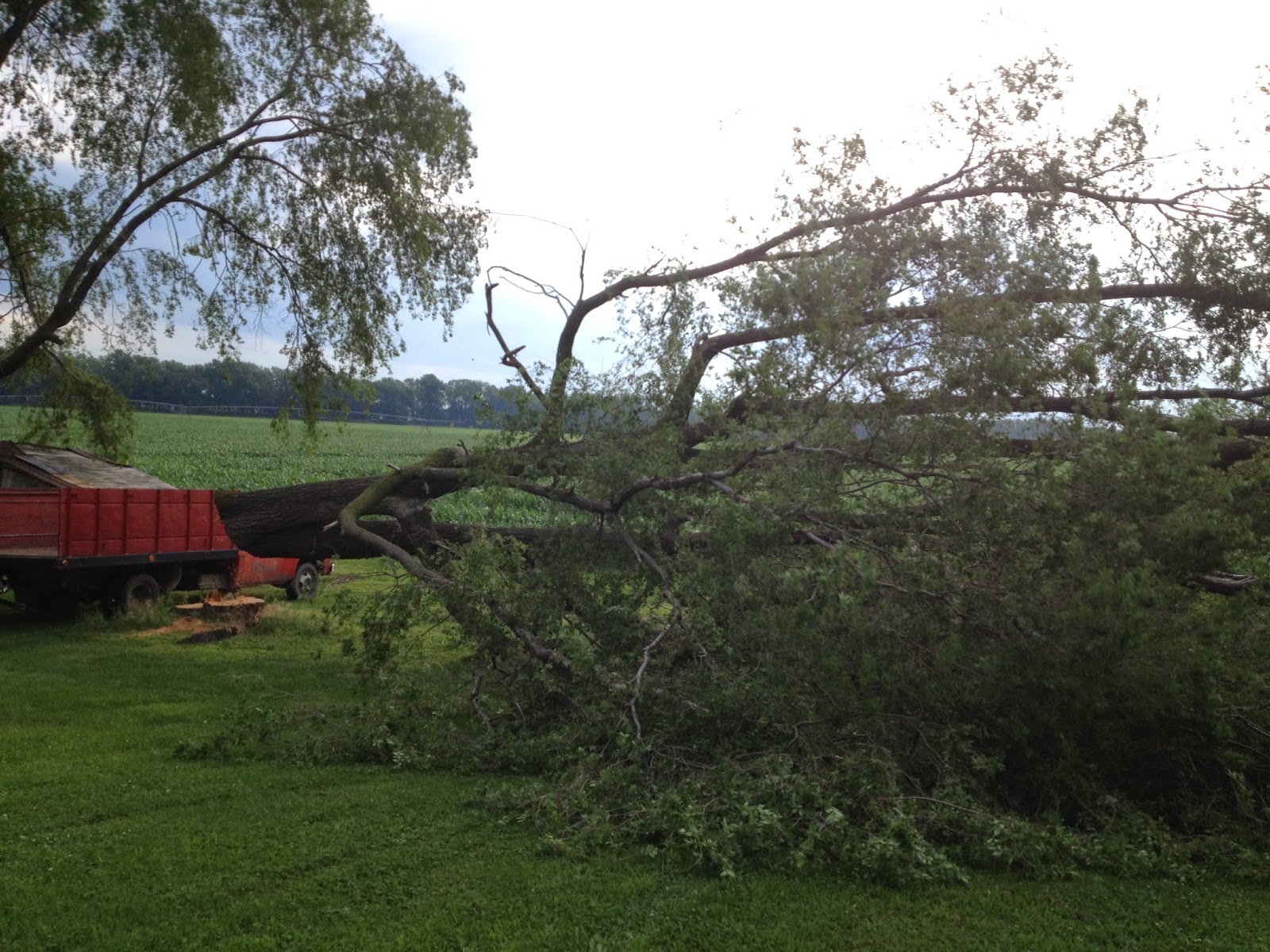 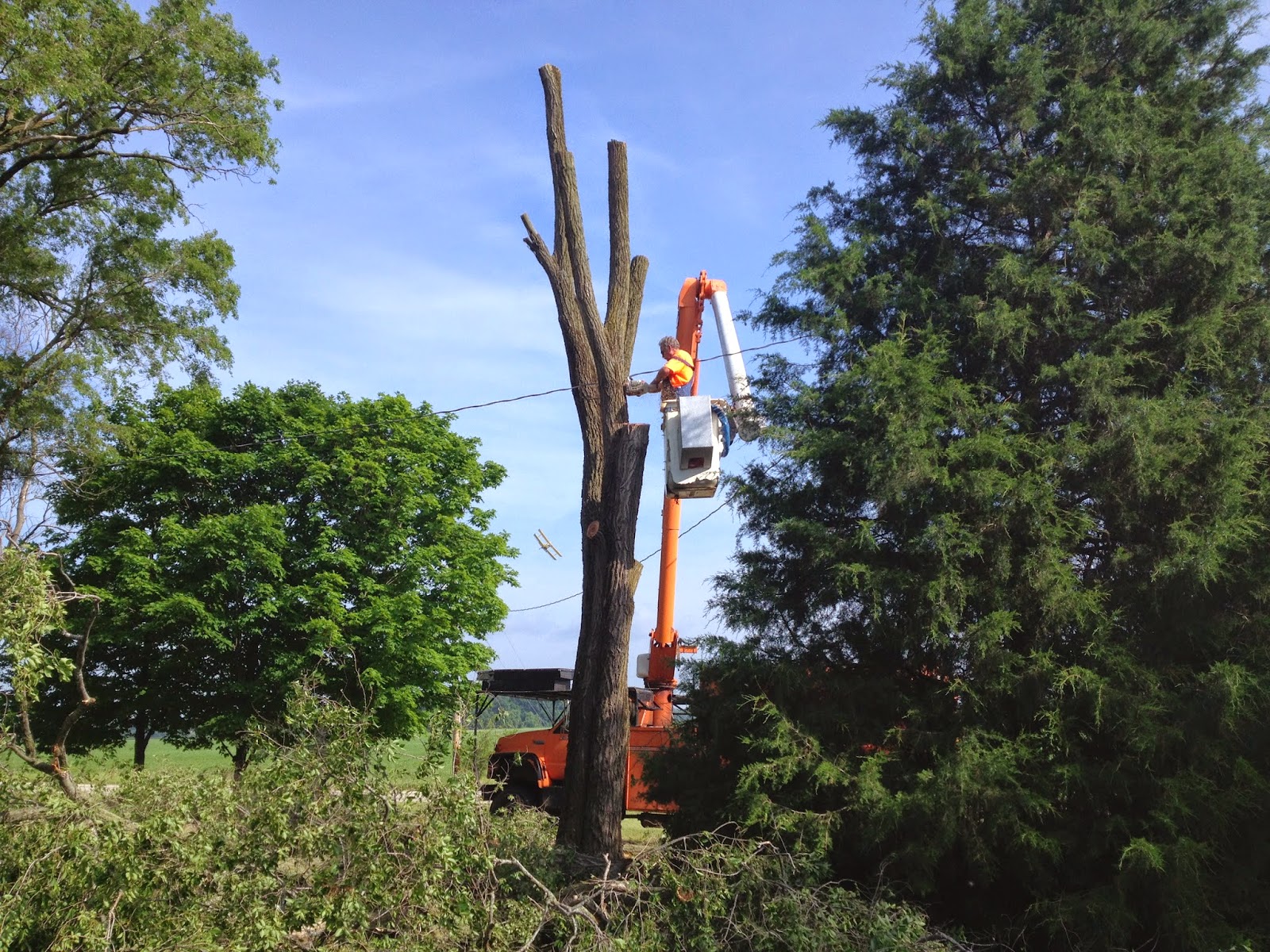 We cut down 2 trees at Mom's and 9 trees at Neal's.  Most of the big wood was taken by neighbors for firewood.  But someone still had to pick up limbs and sticks.  I called for reinforcements 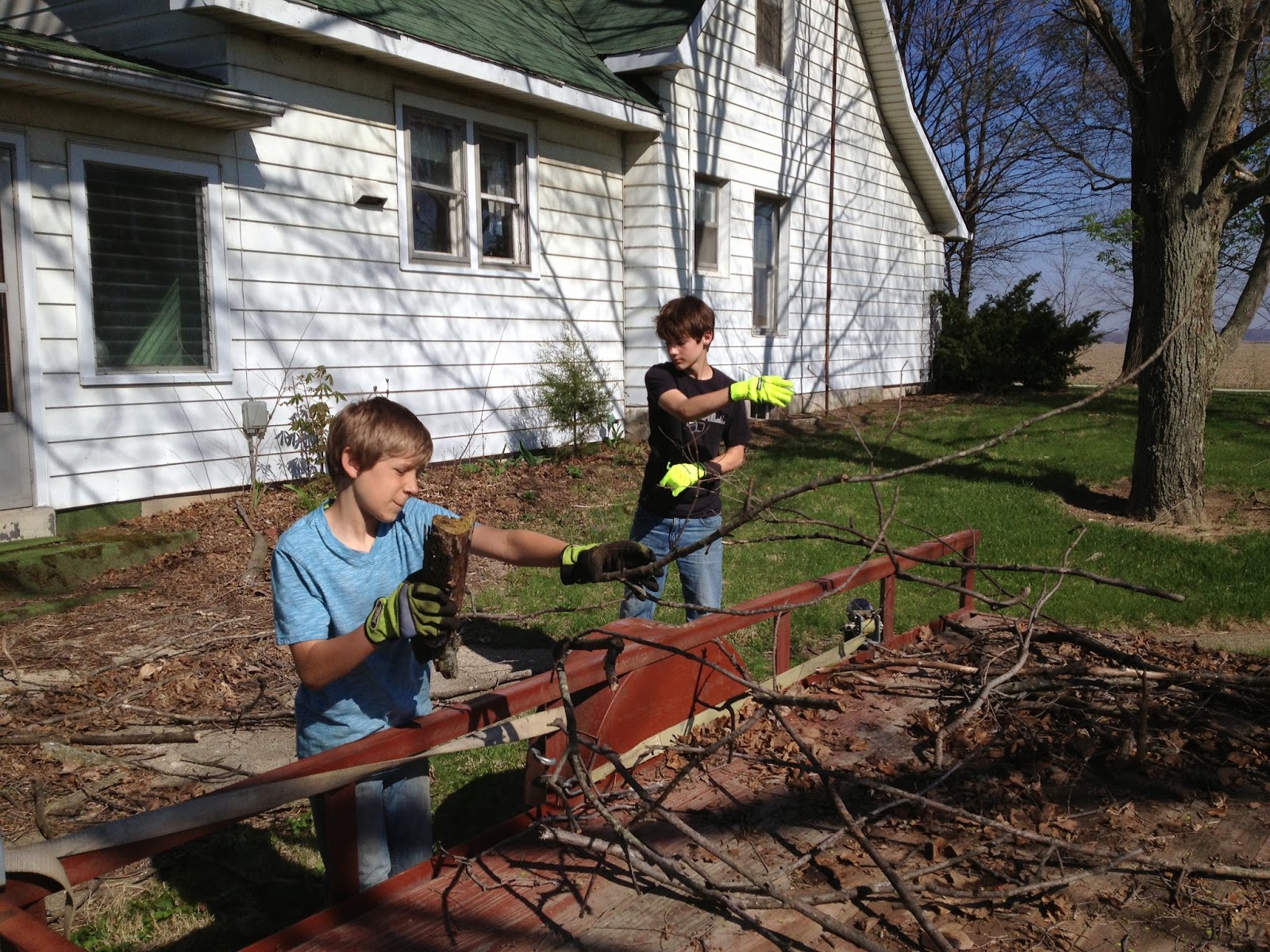 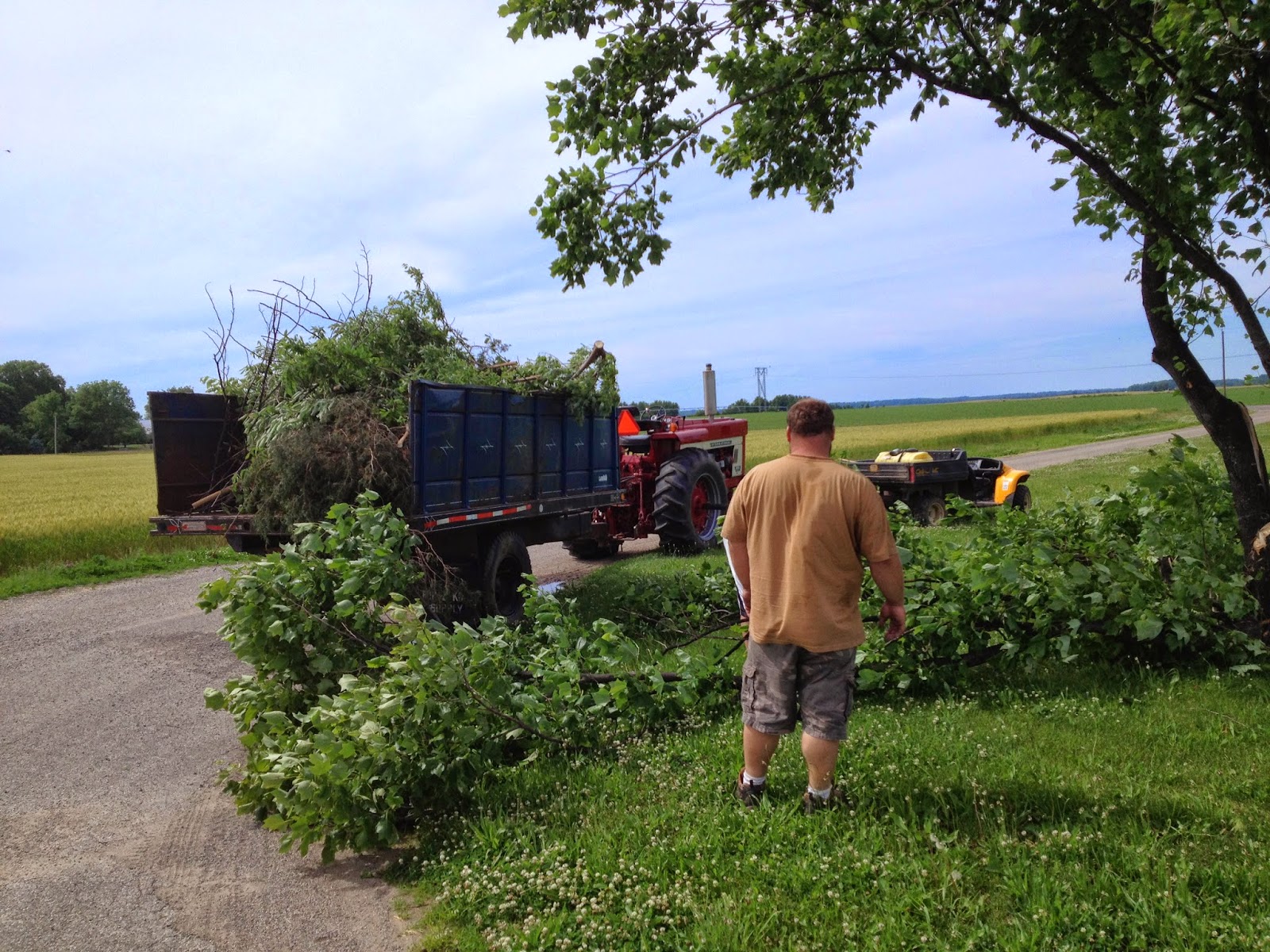 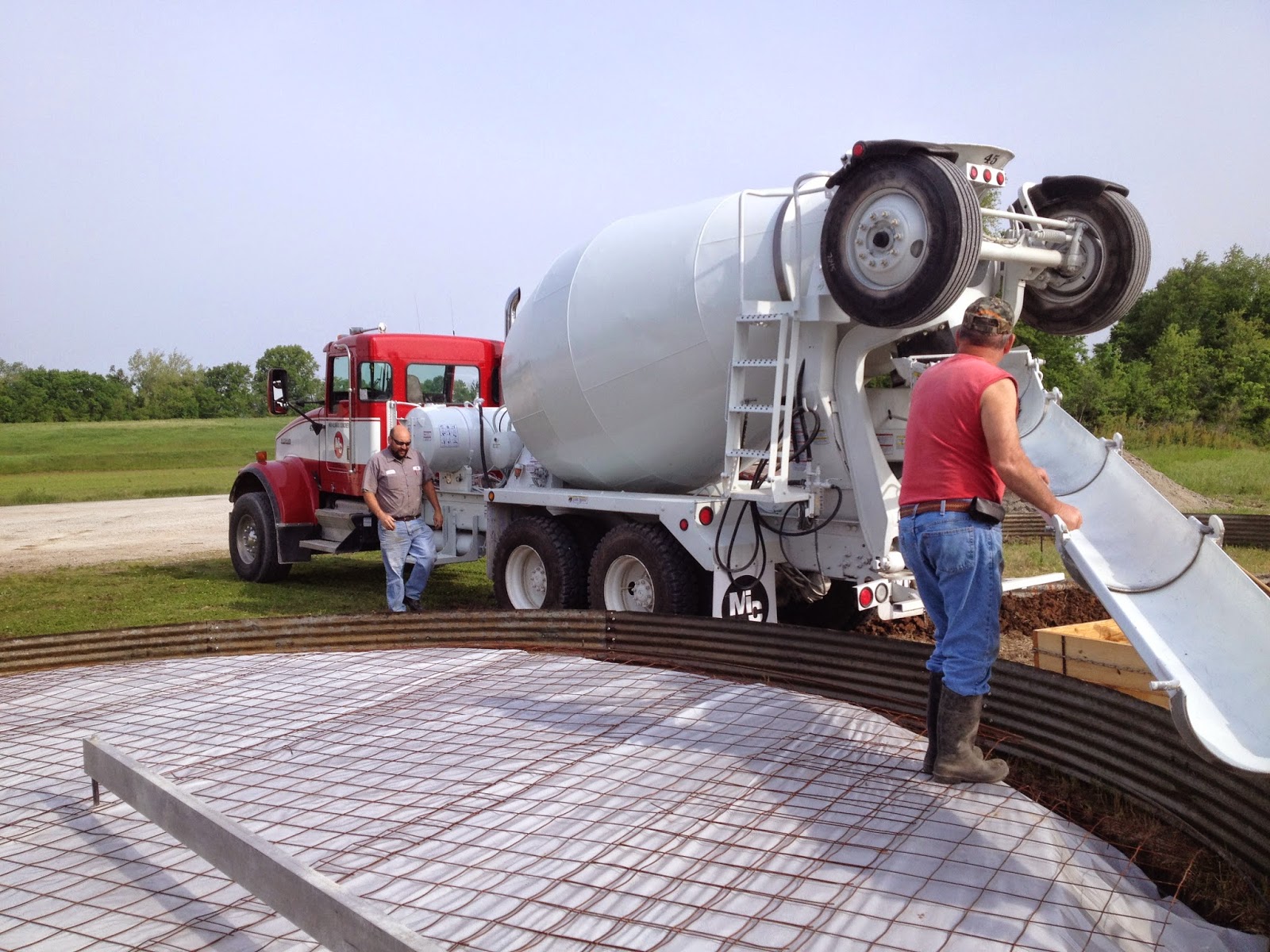 And we did something else I've never done, put fungicide on commercial corn 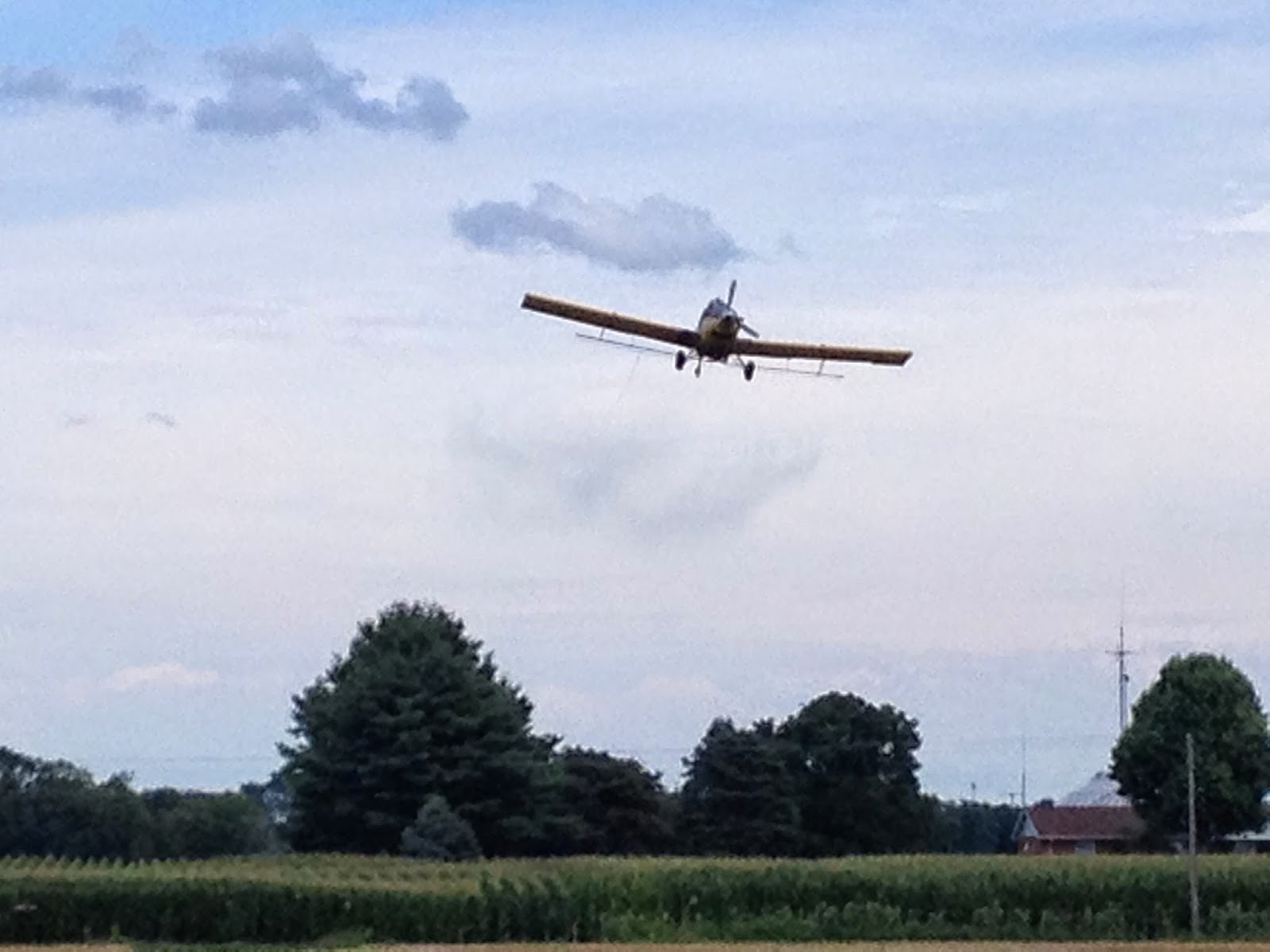 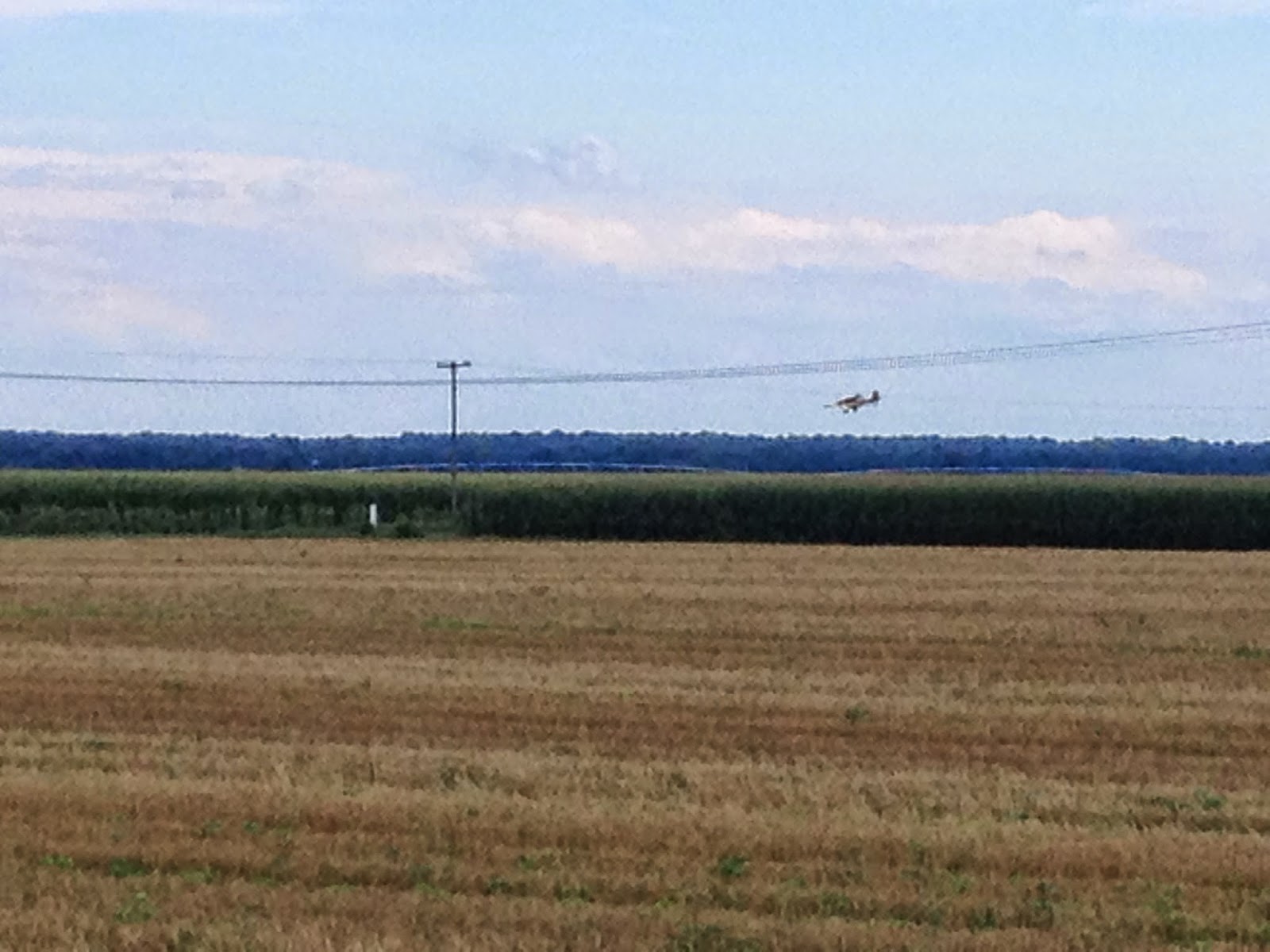 I'm about ready for a break.