Something we are working on ...

I've had the URL www.BumpusFarms.info for as long as I've had www.BumpusFarms.us.  I just haven't done much with it.  I started working on it in 2011 on a different site with different purposes. It kind of got shoved on the back burner and ignored.

Wordpress operates a bit different than blogspot.  I think it may offer a few more options if I can figure them out. I'm hoping to do more with it, so kind of keep an eye on it and see what develops 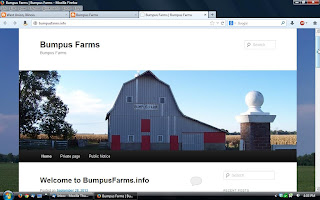 First problem: We were expecting to go to milo before beans. So we had to make some combine and head adjustments and clean out the corn from the combine.  Milo screens out well in processing.  Corn does not. So I got up in the combine with a leaf blower and a shop vac and cleaned for a while.

We finally got to the field. Beans ranged from 12.3% to "boy those are green" in the same field. 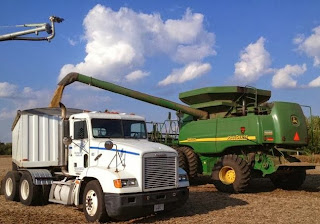 Once we got the field done we had a new problem.  Almost all our beans are seed production. That means we need to put them in a bin. The problem is we haven't actually used our new toy, yet. Since seed beans are very quality sensitive there is a benefit to using a conveyor instead of an auger. But you can't dump a hopper bottom in our conveyor. This Spring I talked to Chris PIne at Yargus Manufacturing (LAYCO if you're an old guy like me)  and bought a reconditioned unloader.

We were a bit different than their usual customer.  We wanted hydraulic drive instead of electric.  They said if we would run the hoses that was no problem. So after a trip to see Steve Shawler at West Union Hydraulics last week we were ready to go. 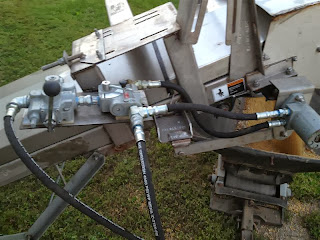 It's a bit of a hassle, because you have to pull the truck up and then roll the unloader under it. 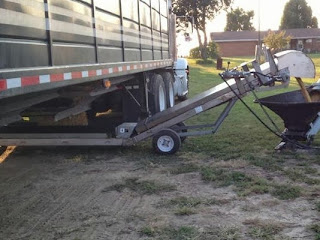 But it works and was about $10,000 less than a drive over.  So we have beans in the bin and the only auger that touched them was in the combine. 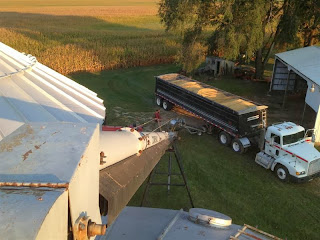 Now we are all ready to go and ... yep, beans are still too green everywhere else. 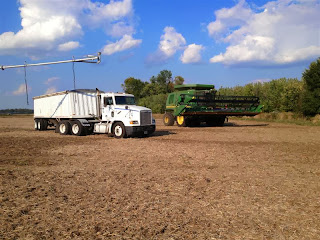 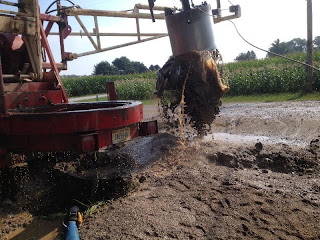 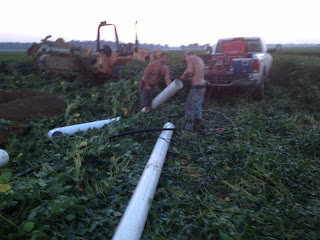 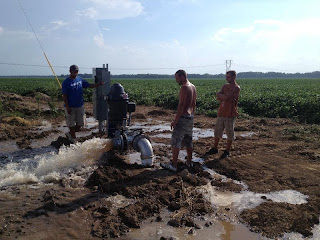 to make the new irrigator at Neal's work. 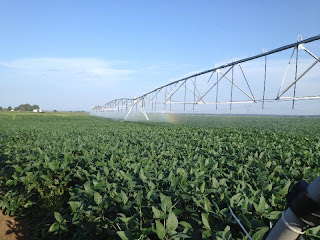 Found a few quality control issues.  Looks to us like this one part is drilled wrong because all three towers have the same problem.  The bolt just won't fit! 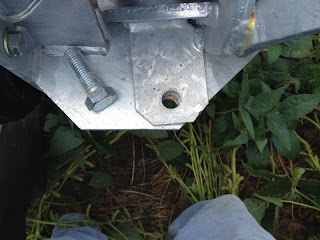 But we got something to work. We towed it to the other riser 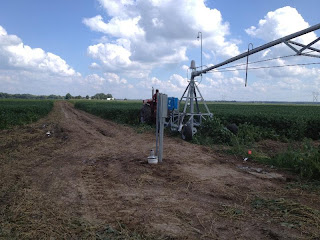 and made sure that Yes, it DOES clear the bins. 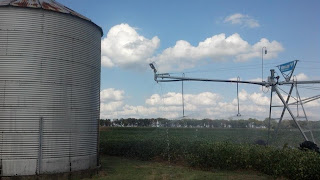 5 feet is just as good as 50, right?
Also ordered a new propane fueled engine for the Drake Place irrigator.  The John Deere has in excess of 10,000 hours (we don't know for certain.  The hour meter quit and Dad put in an electric one which shows over 9,000 hours) and is developing a few issues.  We felt like it was time to replace the turbo exhaust elbow last winter 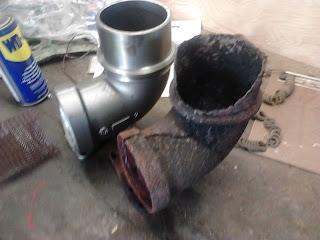 And recently discovered the Rockford PTO is running on borrowed time. 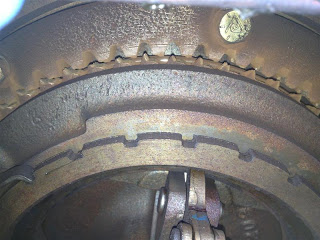 I found that when I pulled a wire loop out of a drain hole in the PTO one morning.  This came out. 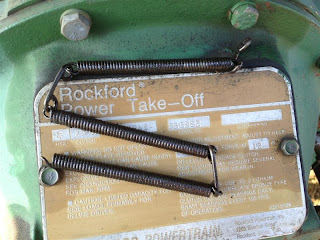 After talking to a couple Deere Service Managers I guess it isn't that important.  The one with the most irrigator experience knew exactly what it was and where it went and told me I could safely run without it.  He also gave me an idea of what I might be looking at in the near future.  We (OK, I) decided it may be best to look into a replacement engine.  We can put this one in the corner as a spare.

I've been pondering on a propane fueled engine quite a while.  The engine is cheaper to buy and cheaper to use.  If the numbers can be believed the savings in fuel cost should pay for it in 2-3 years.  Right now there is some PERC (propane advocacy group) money offering an incentive to buy a propane engine. Aman and I talked a long time with the rep at the Farm Progress Show.  The next day I  called me dealer and ordered a GM 5.7 liter from Husker Power Products.

But I bet it won't sound as sweet as Louie Venard's old 318 Chrysler with straight pipes did.
Posted by Mike Bumpus at 9:46 PM No comments: