I've not been satisfied with our bean planter for quite some time.  About 10 years ago I bought a hybrid 15" row planter.  It was an odd looking thing the guys who made it built out of leftovers. 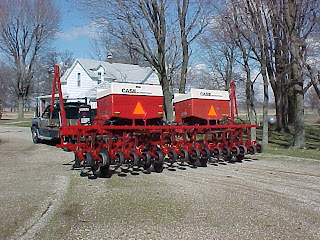 It had Case 900 modules and Tye openers.  For all its oddities it worked pretty good.  It just wasn't large enough for our operation and wasn't heavy enough to no-till double crop 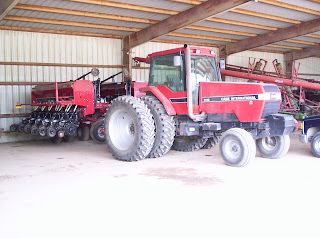 It just had a few quirks.  For instance negative tongue weight.  When full and raised it would make the back wheels on the tractor light.  I almost got it stuck in dry round one time  Switching to the 9230 helped. 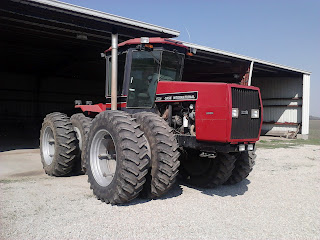 But the other problems refused to go away.  One was the belt meters.  They do not handle large seed well ... like at all.  And  most of  our newer varieties are big seeded.  The other was in row spacing.  The SI belt meters gave an exact population, but you couldn't get it to the ground.  The tubes goose necked, etc and seed ended up in bunches. 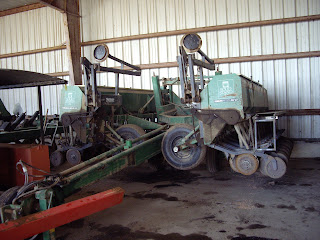 It does as good as as drill can.  The seed spacing is erratic, the population varies, depth control is a good idea.  This winter a friend wanted to sell his 30 ft Kinze 23 15" row planter.  In a fit of silliness I bought it 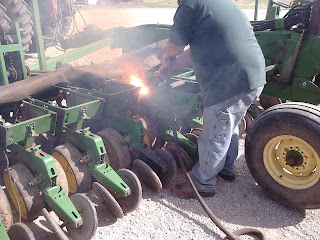 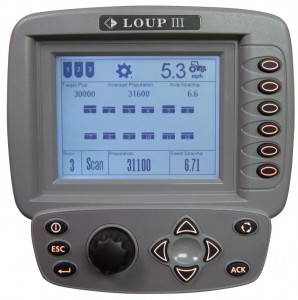 played with, and finally took it on its maiden voyage Friday

We got rained out, but it seems to work OK 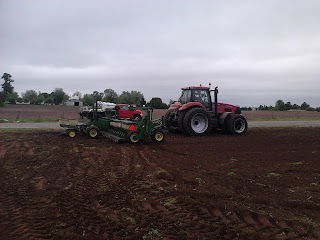 Posted by Mike Bumpus at 9:44 PM No comments:

We started planting today.  I know, other folks are done with corn already.  Some even have beans planted.  To use one of my favorite Howard Utterback quotes:
"Everyone is constitutionally entitled to his own wrong opinion."
Mine is it has been too early.
But anyway, we started today.  And Aman is officially the planter operator.  Had work. You push this button 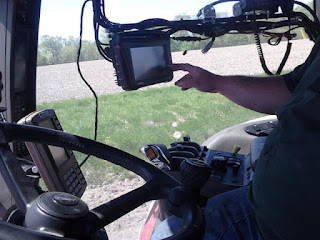 and the tractor steers itself 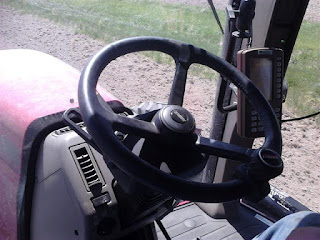 Frees you up to work with the monitor, turn around and watch the planter 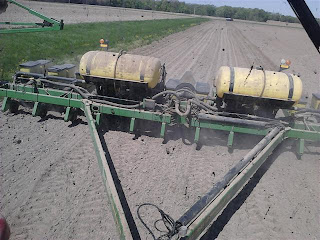 and it keeps going in a straight line 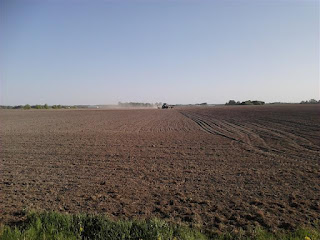 without using markers even 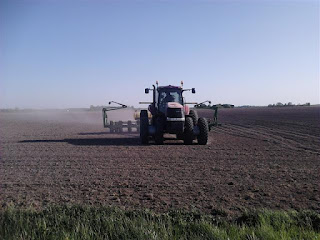 He says he needs more games on his phone.
Posted by Mike Bumpus at 10:12 PM No comments:

Some phrases ought to just cause warning lights to go off in your head.
(ring ring)
"Hey! You busy?"
"Well .... what ya need?"
"The roof on Jennifer's barn has some tin loose."
"I'll get a ladder and a cordless drill."
The problem with screwing down an old barn roof is there is no place to stop. ANY old barn roof.  So I got my Craftsman cordless impact driver

and a box of roofing screws 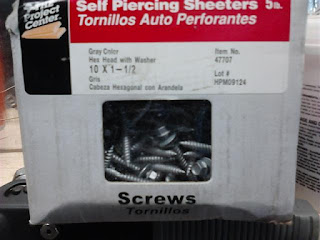 and a ladder, threw them on a trailer and convinced Sue to ride along just to call for help if I fell off the roof 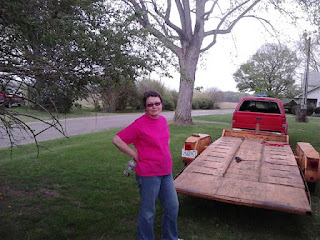 (You can see her enthusiasm)
I didn't take any before pictures, but here is our fix 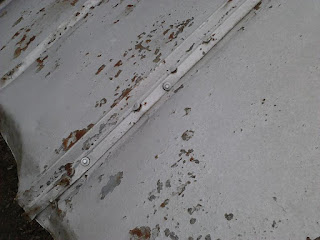 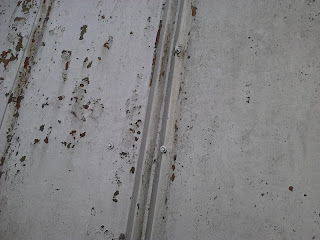 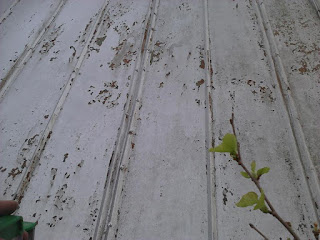 It works better than trying to drive nails.
Posted by Mike Bumpus at 6:00 AM No comments: