I traded trucks Monday. Yes, the Quad Cab has left the premises 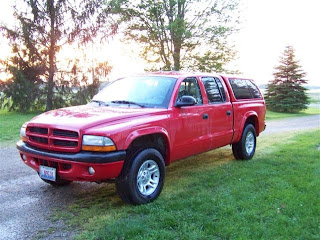 It has been replaced by a blue (gasp!) Chevy (gasp!) one ton flatbed. It meets our current needs better, has 70,000 fewer miles, and the trade involved very little cash! 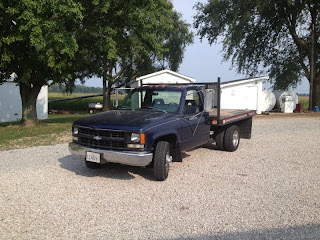 Yes, it looks considerably like the 94 pickup the '01 replaced. Unbelievable, this is the only photo I can find of that truck.  Gotta be another one someplace. 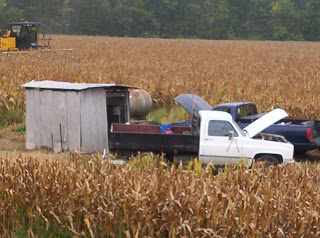 And that included the white flatbed that was Aman's. Well, I did find the front of it in a reunion photo 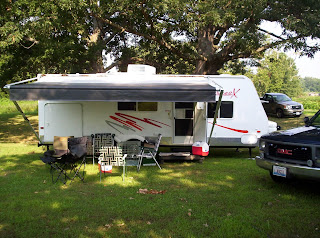 Let's see what other pickup photos I can find. Of course there is the 550. 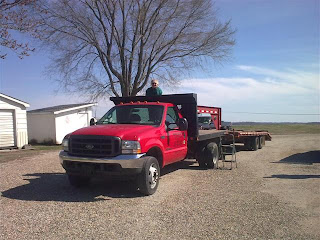 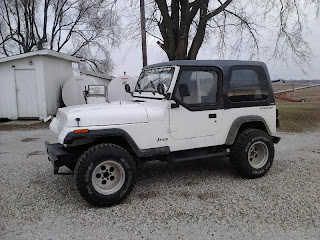 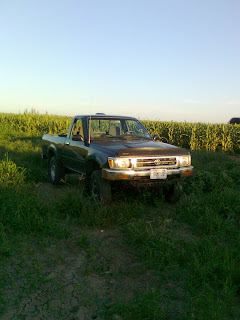 I probably have more, but not easily accessible.

I'd kind of like to one day own a new truck. Came close this summer  Bought Sue a new car. 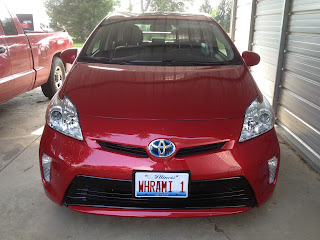 Which is a good thing. One of my personal goals is for Sue's car to always be newer than my truck. I'd say with my new 1994 Chevy I might have some bonus years stored away.
Posted by Mike Bumpus at 2:24 AM No comments:

It's that time of year 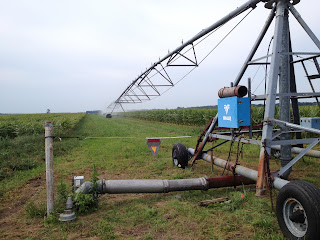 One of the joys of irrigating is playing in the COLD water. This wasn't one of ours but it was a neighbor's.  I just had to borrow Kaycee's picture, it was too good. 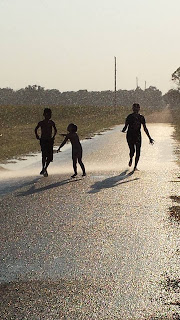 I prefer not to.  If you look closely you may see water is coming out places it shouldn't.  Had to climb up and tighten some hose clamps. 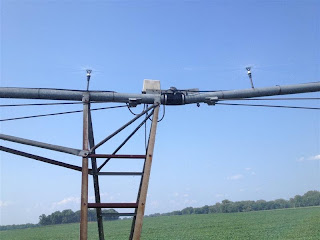 Making a 50 foot deep post hole at Neal's ..  and it leaks water in the bottom! 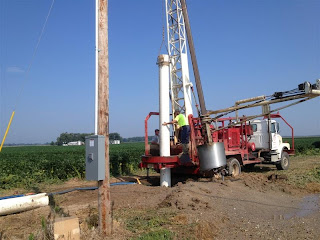 The pipe they are installing is this one 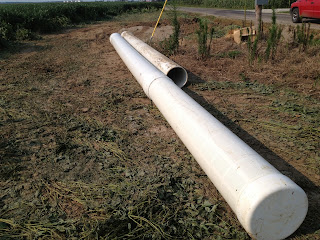 There are enough slots to flow 1500 GPM 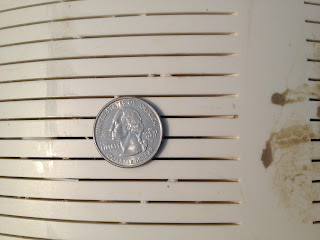 You dig a hole you have to fill it up.  They poured gravel up to above the slots then sealed it with concrete.  Sorry, no pictures of that.  The cement truck got lost and I got tired of waiting. 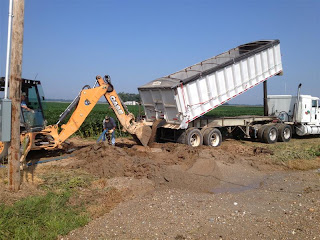 Posted by Mike Bumpus at 9:08 AM No comments:

It can't be August.  In my mind it ought to be mid-June.  But I know better than that, it was July 4th just yesterday. So .. what has been happening since then? Finished wheat, got the doublecrop beans all planted, hauled out the wheat we put in the bin.


Yes, I know, I am philosophically opposed to putting wheat in the bin. Actually it's less philosophy and more not wanting to run a sweep auger in a bin in summer. But we did and it worked out well. 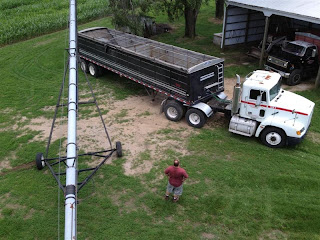 Umm, if I'm on the bin roof and Aman is spotting the truck ... that means Pup is driving it!  I'm not sure my heart is up to this either. Putting wheat in the bin was a great idea this year.  We kept the combine going and we actually made money on it.  Between the drying and handling it picked up test weight.  I've heard this from other folks, that handling wheat raises test weight. I don't understand it, I just take their 40 cents and smile.  Looks good going in the truck 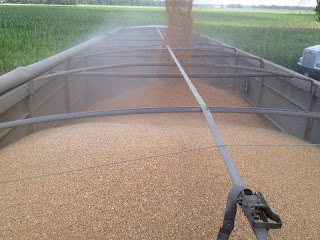 Irrigating has been a lot different than last year.  We're just getting started now. Had a valve failure in the pipeline, 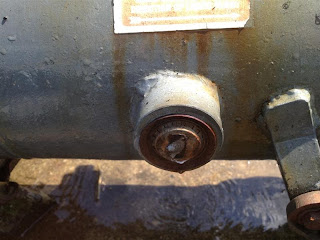 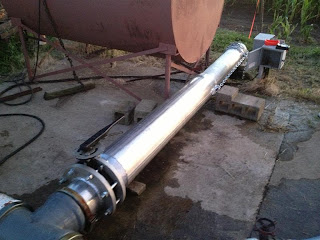 We asked a different irrigator service guy to replace them over a year ago.  I guess he's been too busy. Did something else out of normal for us.  Had some hay baled.  I put it under roof before it got wet.  Called a friend who called an uncle.  I had it sold by dark. 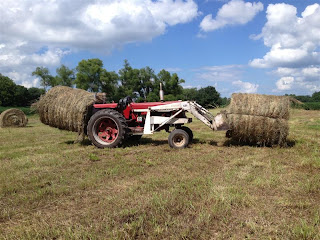 spraying is caught up, roads are mowed, started the irrigators up, Beck's Field Show at Neoga is next Thursday ... wait a minute, that's in August.  By the time I get my head to understanding it's August we'll be cutting milo 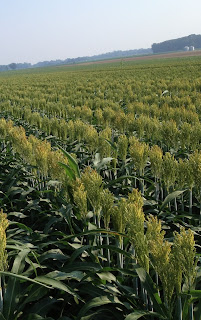 Posted by Mike Bumpus at 9:18 PM No comments: